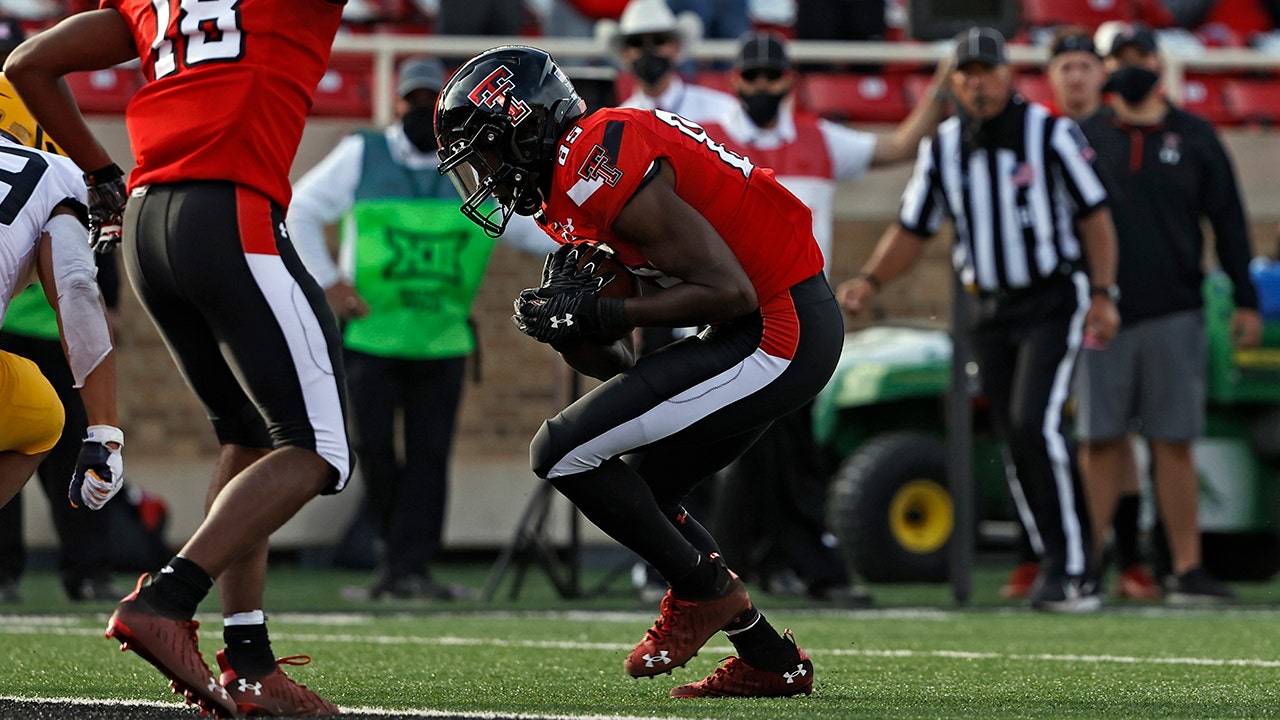 Cornerback Zech McPhearson returned a fumble 56 yards for a touchdown with 8:44 left to lift Texas Tech to a 34-27 victory over West Virginia on Saturday night.

West Virginia’s Sam James caught a short pass from Jarret Doege but fumbled on a hit from Jacob Morganstern. McPhearson, a graduate transfer from Penn State, picked up the ball and went the length of the field untouched.

West Virginia punted from near midfield on its next series and got the ball back one last time at its 17 with 42 seconds left and no timeouts. Doege moved the Mountaineers past midfield but his pass into the end zone as the clock ran out fell incomplete.

“Just so proud of our players,” said Texas Tech coach Matt Wells. “Man, that was a 15-round fight. You traded blows, you just kind of went back and forth and we made one huge play at the end.”

“That’s what it comes down to. Find a way to make a play and win a game.”

West Virginia coach Neal Brown said the fumble return isn’t the reason why the Mountaineers lost. His team just didn’t have a response to a key play.

Texas Tech (2-3, 1-3 Big 12) snapped a three-game home losing streak to the Mountaineers (3-2, 2-2). McPhearson’s heroics made a winner out of Henry Colombi, who was making his first career start.

Colombi, a junior transfer from Utah State, was named the starter a week ago after he replaced Alan Bowman midway through an Oct. 10 loss at Iowa State.

West Virginia’s Leddie Brown scored on two short runs but was held to 77 yards, well below his 129-yard average.

Doege was trying to win on the same field that he stormed as a fan in 2012 after his hometown Red Raiders beat then-No. 5 West Virginia behind his brother, quarterback Seth Doege.

The Mountaineers got a 45-yard field goal from Evan Staley as time expired at the half. Then, after Dante Stills recovered a Ja’Lynn Polk fumble at the Texas Tech 24 to start the third quarter, T.J. Banks caught his first career touchdown pass, a 2-yarder from Doege to knot the score.

Texas Tech: Wells talked in the past week about “putting a better product on the field.” His players listened.

Winston Wright took a direct snap on a fake punt and ran 7 yards to get a first down early in the third. Wright caught a 38-yard pass on the next play to set up Leddie Brown’s 1-yard score to tie the game at 30-30.

West Virginia linebacker Tony Fields, the Big 12′s leading tackler, was ejected in the second quarter after he was flagged for targeting on a hit on Colombi. Later in the quarter, Fields cost the Mountaineers 15 yards when he was penalized for going onto the field during a celebration.