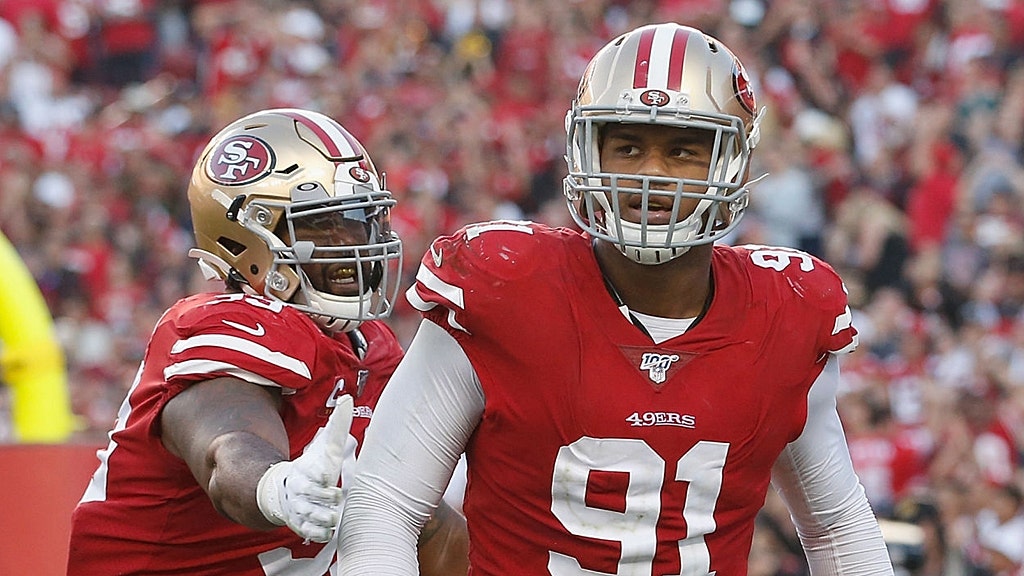 Saleh told reporters a story to illustrate Armstead’s studious habits, saying the lineman interrupted a date night between he and his wife to talk about plays from previous games.

“He studies film more than anybody, at least on the D-Line, that I’ve ever been across,” Saleh said of Armstead. “It was Friday night and I’m watching a movie with my wife, it’s normally date night, and I get a text from Arik Armstead talking about play number one, two, from different games. I won’t call what games they were and what plays they were, but talking about a tendency that he was picking up. So, here I am texting what Arik Armstead and my wife was like, ‘Can we watch a movie?’

“So, he studies film. He’s been through the wringer. He’s got a lot of experience on him. He does a great job leading the group and bringing pointers for those guys and really talking at all three levels with linebackers and DBs. So, having him and his knowledge and his need for more knowledge, rather than just what the coaches give him, is a testament to him and why he’s deserving of the success he’s had.”

Armstead has been in each of the 49ers’ six games this season. He has one and a half sacks and eight tackles.

He was coming into the season with 10 sacks recorded in 2019. He also had 54 tackles. Both marks were career highs though he didn’t earn a Pro Bowl selection nor did he get on the First-Team All-Pro.