Two days after a pregnant teenager was gunned down in her car, police in Berkeley, Calif., are offering a $50,000 reward in the killing. 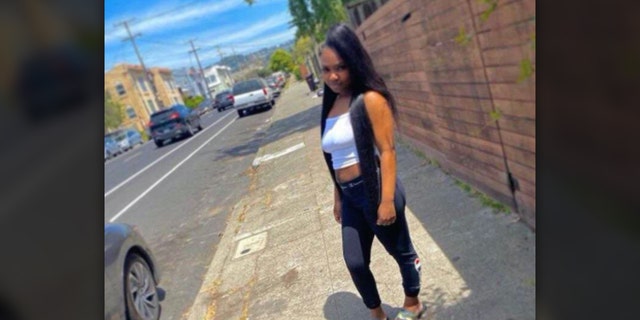 Sereinat’e Henderson, 19, was pregnant when she was shot and killed Wednesday in Berkeley, Calif. (Fox 2 San Francisco)

“There may be individuals who have information about this crime, and we are asking for the public’s help,” police spokesman Byron White said. “Even the smallest detail could be critical in solving this crime.”

Henderson died after being shot in the head at a stop sign. Her mother, Salima Wyrick, said 21 shots were fired in her daughter’s direction from another vehicle, the station reported.

Henderson was driving and Wyrick was in the passenger seat.

“The bullets were coming,” Wyrick told Fox 2. “I didn’t know where they were coming from, so I’m trying to grab her. I have to watch my baby die in front of me.”

Henderson’s 14-year-old brother and her 10-month-old son were sitting in the rear, according to the station.

The teen got the baby on the floor to shield him from the gunfire, the station reported.